Having Fun With Book Club - The Year of Living Biblically

Happy Ash Wednesday folks!  The hubs and I made muffulettas for dinner last night in honor of Fat Tuesday...I wish we could have witnessed the debauchery going on in New Orleans instead!  Anyways, since it's a week filled with Christian holidays, I thought it'd be a perfect time to post about the Biblically-themed memoir read for our book club last week.

I had a great time at the latest Btown Booksters meeting.  Unfortunately, a bunch of our members had conflicting issues and couldn't come.  Christine chose the book The Year of Living Biblically by A.J. Jacobs for us to read.  Despite dwindled numbers, we had a fantastic shindig complete with a Biblical meal of fish, chickpea salad and wine! 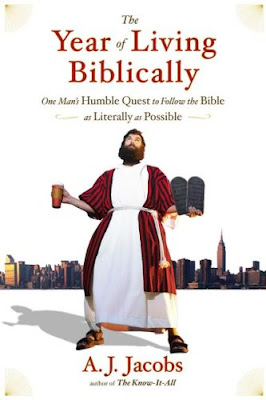 Jacobs chronicles his life over the course of one year in which he tries to live as Biblically as possible.  As you can imagine, there are quite a few bumps and hilarious hiccups throughout his journey.  I was surprised at how respectful he was of all the various fundamental sects of Judaism and Christianity (i.e. Hasidic Jews, the Amish, Creationists, etc.).  I wrongly assumed that since he is an agnostic (and potentially jaded) New Yorker he would likely poke a bit more fun at the more extreme religions.  However, most of the humor comes from his difficulties in trying to adhere to Biblical laws.
Overall, the group really liked this book.  We found it enlightening as it tells many of the stories written in the Bible and highlights various chapters (especially Leviticus and Ecclesiastes).  I would have preferred a longer section concerning the New Testament (as I am more familiar with it) but the others liked having a longer Old Testament component.  We all agreed that it was a bit redundant in the middle (as the Old Testament section was winding down) but picked back up soon after.  We also all identified with Jacobs' wife and her annoyance with his strict adherence to seemingly misogynistic Biblical rules.  Christine listened to the audiobook and the group thought that this might be the best way to experience this story, although you don't get to see the wonderful photos like this throughout: 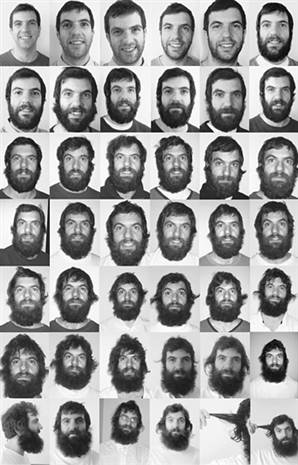